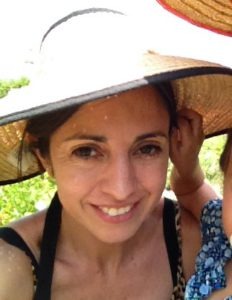 Please share an early/childhood experience that was pivotal to your personal relationship to wildlife.

I have many cousins, and some of them live up in a reserve, about 40 kms from Santiago. At some point when I was a child, I don’t know why, they received an injured juvenile condor. The Andean condor is present in the National Shield as it is the national bird. My family kept the condor in an innate “rescue” process, which was a completely unknown concept in Chile. The condor was part of the family; every child would have a particular level of responsibility with this new member: cleaning the cage, feeding, building something for him. At some point, the condor started to fly, and my family kindly said goodbye. Initially, the condor made daily trips into the wild and would returned back every night. One day, he did not came back. And never did. Months later, my family discovered that he had been shot by locals.

This was really shocking for me. Why would someone do something like that? I was 11 years old. I wrote a tale for the school about the experience and won the first place in a story contest. Besides this literature inspiration, something about the condor’s story moved me deeply and made me question about the human-nature relationship.

On the other hand, was this “human-nature-bond” the best way to live for the condor? Probably not. He was a wild animal, but since he was raised with humans, he did not acquire the normal distrust of people, which unfortunately finally facilitated his death. A better understanding of wild species needs was also required.

About 5 years ago, I went to a IWRC conference as a speaker. I have been working in a Chilean rehabilitation center, and I wanted to share my experience. This was my first international experience associated with wildlife rehabilitation. In this event, I met board members and the whole team of IWRC. I was impressed and amazed. It was like a family; but beyond that, they were strong, fully motivated, highly specialized, and with so so many human resources and expertise. After this, I could not step back, I could only step forward and jump in as a board member.

Describe a specific area of interest or a particular passion within the scope of IWRC’s mission.

I am veterinarian, but most of my work with wildlife has not been related to clinical practice. I am much more interested in science, exploring different areas that aim to contribute to wildlife conservation. In this context, I believe that rehabilitators, and all areas associated with conservation, should increase their science-based approach.

If you could be a wild animal, which would you be?

I would definitely prefer to be any herbivorous animal. I think it would be so exhausting and painful to depend on the life of other animals to survive. Hopefully, a big herbivorous, such a giraffe, to be able to travel around those amazing landscapes.

What excites you so much that it keeps you awake the night before?

Working with wildlife, there are so many niches that need to be covered. I work mainly in research-based projects, but also in many other related things such as protected areas and ex-situ conservation programs. But some of the most motivational activities in which I participate are all those associated with education and broadcasting. We can’t just work and not share what is being done. We need to train new generations, motivate them. Not only students, but also the community. I think these are the things that I would really like to put more energy into.

Describe any companion animals that you share your home and life with.

My PhD thesis was focused on the effects of free-ranging dogs on wildlife and public health. But what can I say: I love dogs. I have 6 dogs. Not intentionally, I would really prefer keeping just 3 at the most, but we keep adopting these beautiful beasts from the streets or even from natural areas. We are only a complete family with them, and they are always reminding me that humans are SO not the only friends that we can have.

You can find out more about which cookies we are using or switch them off in settings.

This website uses cookies so that we can provide you with the best user experience possible. Cookie information is stored in your browser and performs functions such as recognising you when you return to our website and helping our team to understand which sections of the website you find most interesting and useful.

Strictly Necessary Cookie should be enabled at all times so that we can save your preferences for cookie settings.

If you disable this cookie, we will not be able to save your preferences. This means that every time you visit this website you will need to enable or disable cookies again.

This website uses Google Analytics to collect anonymous information such as the number of visitors to the site, and the most popular pages.

Please enable Strictly Necessary Cookies first so that we can save your preferences!